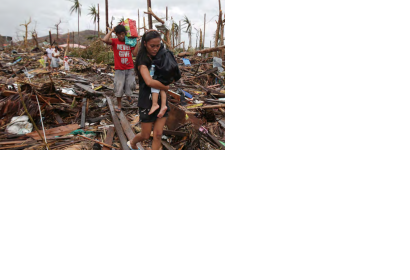 According to a report from the International Displacement Monitoring Centre (IDMC) of the Norwegian Refugee Council, almost 22 million people were forced to flee their homes due to disasters triggered by natural hazards in 2013. These numbers could increase as urban populations grow, the report says.

The majority of displaced people were in Asia (19 million) because of floods, storms and earthquakes. In the Philippines, typhoon Haiyan alone displaced 4.1 million people, a million more than in Africa, the Americas, Europe and Oceania combined. According to the report, developing countries were most heavily affected by disaster-triggered displacements, accounting for more than 85 per cent of displacements.