DigitalGlobe: Community to help map damage in Vanuatu through Tomnod 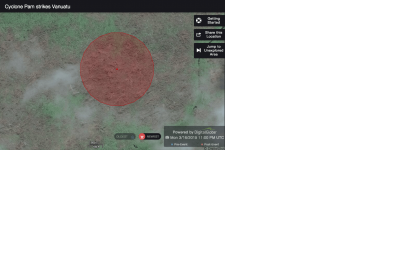 DigitalGlobe's Tomnod programme is asking its crowdsourcing volunteers to map the damage caused by Cyclone Pam in Vanuatu.

Tomnod is a programme using crowdsourcing to identify objects and places in satellite images. Volunteers can use satellite images to help recovering from disasters as the category 5 cyclone in the island nation of Vanuatu, which has destroyed the basic infrastructure leaving thousands of people displaced. Users can switch between pre-event and post-event imagery to help determine the exact situation.

Through its satellite imagery archive, DigitalGlobe has made available the imagery of the region captured from 1 January 2014 to 16 March 2015.