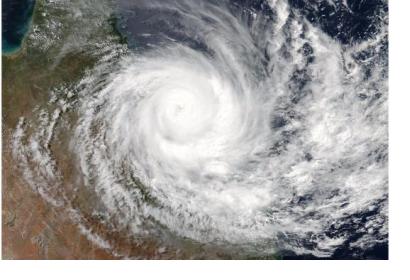 A powerful cyclone has hit the north-eastern coast of Australia. It made landfall in Queensland on 28 March 2017. With winds up to 263km/h, it was first assessed as a category 4 storm, and then it was downgraded to category 2 when moving inland. On 29 March, the authorities warned that a 1,300 kilometer stretch of the north-eastern coast is at dangerous risk of flooding. The International Charter was activated on 29 March 2017 by Geoscience Australia on behalf of the Emergency Management Australia. According to the BBC, more than 25,000 people were urged to evacuate their homes. Authorities say they will be able to assess the extent of damages in the upcoming days.
To see the data sources and other information used in case of severe storms emergency response, see our Space Application Matrix in the “Space Application” section.
Cyclone Debbie: Deadly storm batters Australia
Thu, 03/30/2017 - 08:04
Australia