Cuba promotes use of satellite remote scanning and detecting 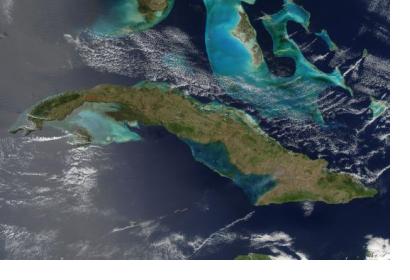 At the Cuban Convention on Earth Sciences, the country presented “A Look to the Outer Space” which promotes the use of satellite remote scanning and detecting to be used for the country”s economy.

Dr. Manuel Iturralde, president of the Cuban Society of Geology, said that satellite technology has many applications in everyday life and social practice of Cuba. He continued that there are many groups working on issues involving the use of satellite pictures in their research and everyday practice in Cuba, and that is working on the creation of a national remote sensing center, which favors the work between those who work related to this specialty in the country.

According to Prensa Latina the Cuban expert stressed the importance of the use of satellite remote sensing use in areas such as agriculture, as well as in studies of risk prevention of disasters such as floods, drought and earthquakes. That discipline has applications also in meteorology, geology, mineral prospecting, mapping, urban planning, hydrography, oceanography, environmental monitoring, among other areas.

Nearly 1,000 professionals from 29 countries attended the 6th Cuban Earth Sciences Convention under the theme "Geosciences in the service of society and development".