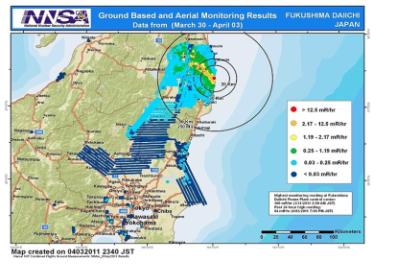 On 26 August 2013, Ukraine and Japan agreed to launch a joint satellite project with the aim of monitoring the regions surrounding Chernobyl and Fukushima, sites of the world's greatest nuclear disasters. Japan's Foreign Minister Fumio Kishida declared that it will be a joint project of Tokyo University and the Ukrainian state space agency (host to a UN-SPIDER Regional Support Office) with launches of Japanese-developed satellites by Ukrainian carrier rockets.

The catastrophes that had occured in Chernobyl and Fukushima in 1986 and 2011, respectively, are the world's only nuclear disasters categorised as level seven on the United Nations' seven-point International Nuclear Event Scale (INES). According to official figures, more than 25,000 of the cleanup workers from then-Soviet Ukraine, Russia and Belarus died since the disaster in Chernobyl in 1986, while the cleanup in Fukushima is expected to take around four decades.

The joint project aims to put into orbit by 2014 eight miniature satellites able to track and collect information on the effects of radioactive fallout on the areas adjacent to the plants, for which they will take satellite images every two hours from an altitude of about 600 kilometres (372 miles). Moreover, the satellites will also receive signals from areas where radiation levels exceed the norm through sensors installed on the ground, in order to gather sensitive information.