Charter activated for typhoon in the Philippines 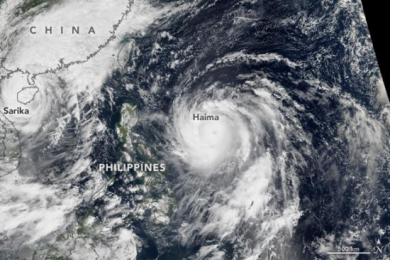 The International Charter Space and Major Disasters has been activated on 25 October 2016, for Typhoon Haima which stroked Philippines on 19 October 2016. The request for activation was due to the destruction and the fatalities Haima has left on the northern part of the country.

The activation of the charter was requested by the UNITAR'S Operational Satellite Applications Program on behalf of UNOCHA.

CNN reported that the country was affected by two typhoons on the same week, being Sarika the first and Haima the latest. The winds reached the 315 kilometers per hour and left approximately 15.000 thousand people in shelters and 60.000 affected. The storm left heavy rain and powerful winds. For more information on this click here.