Algerian Alsat-2A to determine the impact of forest fires 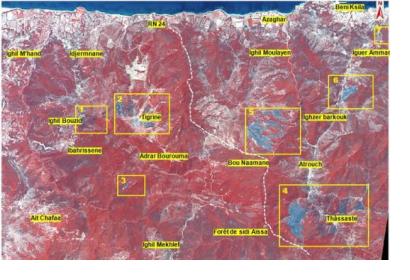 The Algerian Space Agency (ASAL), Regional Support Office of UN-SPIDER, has monitored the forest fires occurred during July thanks to its satellite Alsat-2A. It has helped to evaluate the impact over the affected region.

During the month of July, several forest fires took place in the provinces of Tizi Ouzou and Bejaia, which are mountainous areas covered with sparse forests. The Alsat-2A satellite provided an image from July 25 that has helped to determine the reach of the disaster and its impact over the vegetation.

Alsat-2A, the second ASAL’s Earth observation satellite, is successfully working since 2010 and reached its five years in orbit in June 2015. During this time, it has been constantly supporting disaster prevention and management.