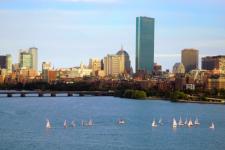 The event is co-organized by the AMS Committee on Satellite Meteorology, Oceanography, and Climatology, EUMETSAT and NOAA

Call for papers on the improved use of satellite data for analyzing and predicting the weather, ocean/coastal/water regimes, climate, and the environment.