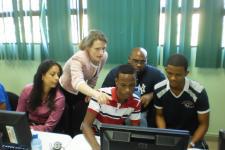 The one-week training for EIGEO-GR members in Santo Domingo focused on the use of space-based information in case of floods. It comprised lectures as well as hands-on training using different data types and software packages. 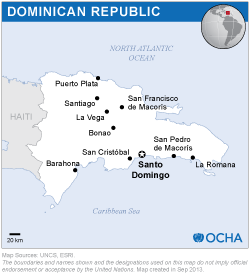