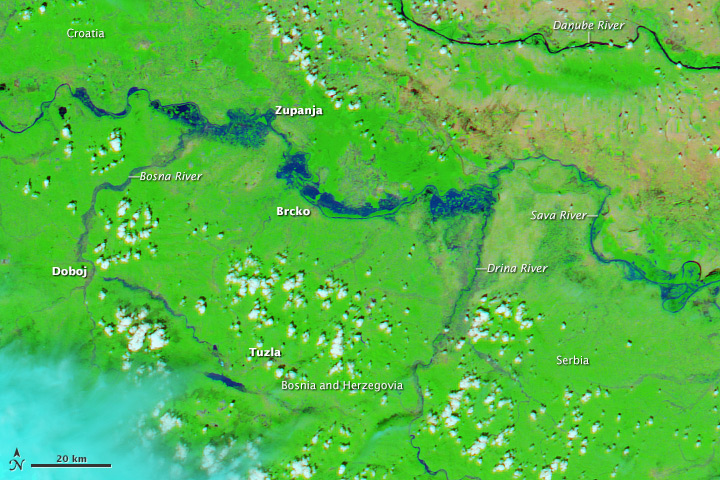 In mid-May 2014, Serbia, Bosnia and Herzegovina and Croatia experienced the worst flood in over 120 years. The extreme floods had been caused by heavy rainfall during three days, from 14 to 16 May 2014. In Bosnia, one third of the country was flooded affecting over one million people. According to BBC, officials stated that more than a quarter of the population has no access to clean water. In Serbia, tens of thousands of people had to be evacuated from their homes. Losses are being estimated to amount to a billion Euros.

Various international mechanisms and other agencies have provided satellite-based information and maps to support the flood responders:

If you are aware of any additional sources of satellite imagery or maps, feel free to contact us at un-spider [at] unoosa.org