Forest Fires in the Dominican Republic 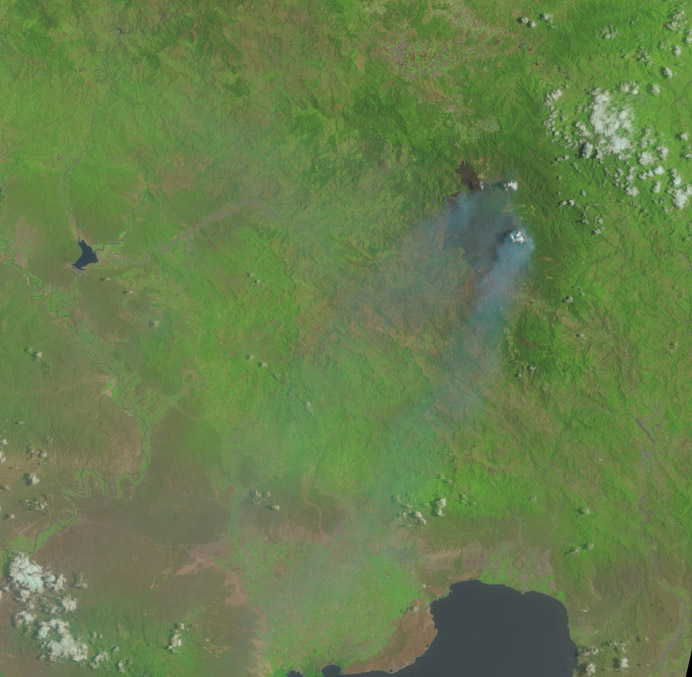 Since 20 July 2014, the Dominican Republic has been affected by forest fires. The fires have charred large parts of Valle Nuevo National Park, Constanza during the last few days devastating more than 1,300 hectares of pine forests, local residents say. The Dominican Republic has already suffered from the first seasonal fires caused by drought in early July near the town of Mata Grande, San José de las Matas, in an area next to the Central Mountains. At the time, responders had been able to control these fires.

The Environment Ministry said Monday, 28 July, it requested international assistance as the fires were spreading. In response, United States ambassador James W. Brewster on Tuesday, 29 July, said Washington will help the Dominican government with funds and equipment to fight the forest fire. The United States Agency for International Development USAID has also confirmed its support.

UNOOSA/UN-SPIDER has received a request for support by the National Emergency Commission of the Dominican Republic to strengthen response efforts with satellite imagery and derived mapping products allowing responders to get a clearer picture of the extent and location of the fires. UN-SPIDER has facilitated the activation of the International Charter: Space and Major Disasters through USGS on behalf of the National Emergency Operations Centre of the Dominican Republic in order to obtain satellite-based emergency maps.

Search our database on data sources to find more data.