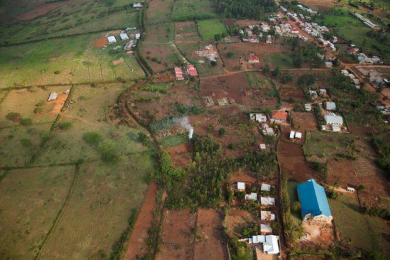 Release earlier this year at the Global Platform on Disaster Risk Reduction 2019, the Africa Earthquake Model paints a complete picture of earthquake risk to the continent in terms of damage to buildings and direct human and economic losses. The model lays out the African portion of the Global Earthquake Model (GEM) Foundation global maps released in December 2018.

The model is a comprehensive resource for risk assessment as it can be overlayed with optical and radar data from space-based platforms to find recent infrastructure development in high-risk areas across the continent.

Though the seismic hazard for Africa is considered low to moderate, the impact of ground shaking is exacerbated by the high vulnerability of its built environment. These factors are captured by the risk model’s exposed assets and vulnerability functions. The exposure database contains population, dwelling and building counts, structural characteristics and replacement values at the lowest administrative level for 54 countries and two territories.

The results can be used by risk managers, urban planners, emergency responders and humanitarian agencies for input to a wide range of disaster risk reduction activities including monitoring of the Sendai Framework indicators.

“Presently the model directly supports Sendai Framework Target C by providing estimates of direct economic losses at the national and subnational levels. Through further collaborative efforts, we plan to continue to improve the model to address Targets A, B and D by providing estimates of deaths, missing and affected persons, and impact to critical infrastructure,” said John Schneider, GEM Secretary General.

The most common application of remote sensing for tools like the Africa Earthquake Model is the use of multispectral analysis to produce land use and land cover (LULC) classifications as well as building identification in areas where urban planning is not possible or has fallen behind. These tools, when used together, produce a reliable portrait of the true number of people exposed to potential earthquakes in the region.