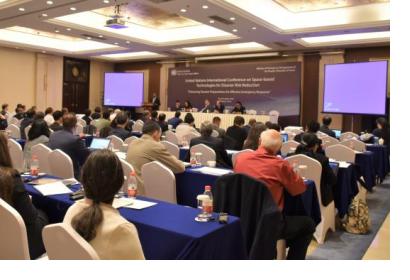 UN-SPIDER, through its Beijing office, prepared the event in collaboration with the Ministry of Foreign Affairs (MoFA) of the People's Republic of China, the China National Space Administration (CNSA) and the Asia Pacific Space Cooperation Organization (APSCO).

About one hundred participants from 34 countries and eight regions are participating in the conference. It brings together national organizations involved in disaster management and generating geospatial information in the countries where UN-SPIDER undertook technical advisory support activities. The conference is also attended by representatives of UN-SPIDER Regional Support Offices, various regional and international organizations, and experts from different parts of the world.

The Sendai Framework 2015-2030 establishes four priorities for action for disaster risk reduction. This edition of the Beijing conference will focus on Priority 4, “Enhancing disaster preparedness for effective response and to ‘Build Back Better’ in recovery, rehabilitation, and reconstruction”. Earth observation data extracted from space technologies directly enhances the resilience of Member States during disasters such as droughts, floods, fires, and hurricanes, among others. 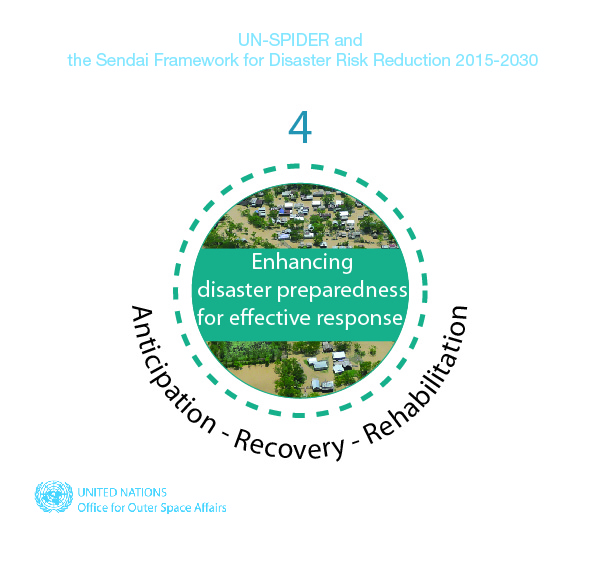 The conference will address topics such as supporting international and regional organizations in developing their early warning systems and emergency response mechanisms with regards to environmental hazards. The aim is to strengthen the role of space-based data in addressing these issues while implementing the Sendai Framework, the 2030 Agenda for Sustainable Development and the Paris Agreement.

The United Nations International Conference is designed around five expected outcomes that include institutional strengthening action for disaster response at the regional, national and international level; the creation of standard procedures for disaster and risk management and early warning systems; developing the procedures for combining information; enhance the access to the space-based information, and the implementation of global frameworks.

The programme is organized in five sessions and three breakout sessions:

Session 3: Earth observation for assessing resiliency of ecosystem as an instrument for disaster risk reduction

Session 4: Demonstrating advances in Earth observation to build back better

Session 5: Networking and engagement with the UN-SPIDER network

In addition, from 28 October to 1 November, 25 conference participants will have the opportunity to take part in a training activity on “Space-based technologies for emergency response mapping” co-organized with the Asia Pacific Space Cooperation Organization, the National Disaster Reduction Centre of China and the Beihang University. The international training is hosted by the Regional Centre for Space Science Technology Education in Asia and the Pacific (RCSSTEAP) based in Beihang University, Beijing