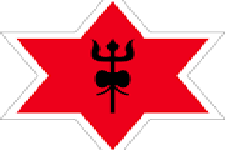 The Nepalese Army is the armed military Land warfare force of Nepal available internationally and a major component of the Military of Nepal. Service is voluntary and the minimum age for enrollment is 18 years. The army was known as The Royal Nepalese Army (RNA) during the monarchy system in Nepal. It was renamed into Nepalese Army since 28 May 2008 with the abolishing of 238-year-old monarchy.