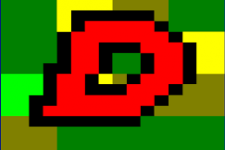 The development has benefited greatly from intellectual and practical contributions by Luigi Guarino and Andy Jarvis.

Our objective is to develop a free, and simple but versatile GIS program, that is particularly useful for studying the distribution of biodiversity.

The following persons made additional software available that was of use for the development of DIVA-GIS: Chris Vleghert and Eric W. Engler (ZipMaster), Jaro Benes and Andrea Russo (jb Dbf), Gerald Evenden and Frank Warmerdam (PROJ4) and Alex Weidauer for the Delphi wrapper. Andrew Williamson (Shapechk) and M. Sawada (Rook's case).