Satellite observations used to measure how much fires pollute the atmosphere 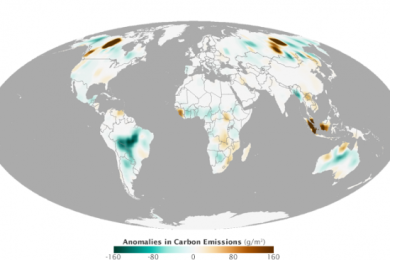 The National Oceanic and Atmospheric Administration (NOAA) has published a report in which the quantity of carbon dioxide and other pollutants produced by fires that remains in the atmosphere has been determined.

The estimation of the polluting emissions into the atmosphere is possible thanks to the data produced by computer models that combine satellite observations of burned area and active fires together with information about vegetation, fuel loads, and other details. Only the Moderate Resolution Imaging Spectroradiometers (MODIS) on NASA’s Aqua and Terra satellites detect approximately 10,000 active fires on a normal day of August.

Some of the conclusions of the report are summarized in NASA’s website: “In 2014, fires released about 2,030 teragrams of carbon into the atmosphere. That’s just slightly below the 2001–2013 average of 2,034 teragrams per year. While global emissions were average in 2014, North America and the Indonesian archipelago saw a very active fire season. South America and northern Africa had an unusually quiet season.”