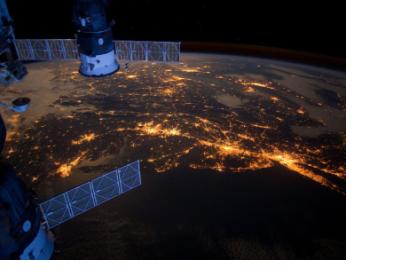 On 19 April 2013, the US government's National Science and Technology Council released a National Strategy for Civil Earth Observations—a framework for increasing the efficiency and effectiveness of using earth observation data for civil use.

A press release by the White House points out: "Currently, 11 Federal departments and agencies engage in Earth observation activities, collecting volumes of important data about the Earth on an ongoing basis, using an array of sophisticated tools and systems. The new Strategy outlines a process for evaluating and prioritizing Earth-observation investments according to their value to society in critical areas such as agriculture, global change, disasters, water resources, and weather."

"Going forward, the Strategy will be used as a basis to inform a broad National Plan for Civil Earth Observations—a blueprint for future investments in US Earth-observing systems, including agency roles and responsibilities, and creative solutions to challenges related to maintaining the Nation’s Earth-observing systems. It will also reinforce the United States’ ongoing commitment to work with international partners through the multi-national Group on Earth Observations (GEO)."

The strategy is available online.