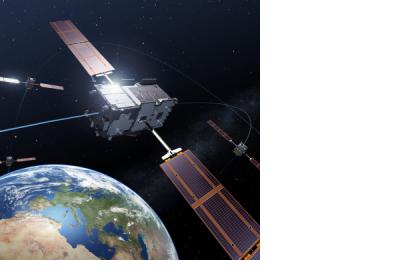 Europe’s third Galileo satellite has transmitted its first test navigation signals back to Earth. The two Galileo satellites launched last October have reached their final orbital position and are in the midst of testing.

The third Galileo Flight Model, known as FM3, transmitted its first test navigation signal in the E1 band on 1 December, the band being used for Galileo’s freely available Open Service interoperable with GPS. Then, on the morning of 4 December, the satellite broadcast signals across all three Galileo bands – E1, E5 and E6.

Galileo is designed to provide highly accurate timing and navigation services to users around the world. So the testing is being carried out in addition to the standard satellite commissioning to confirm that the critical navigation payloads have not been degraded by the violence of launch.