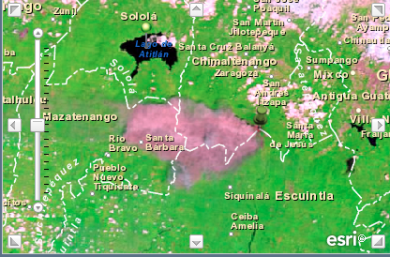 After the strong eruption of the Fuego volcano on 13 September 2012, Guatemala has evacuated thousands of people after the volcano started spewing ash and lava. Volcanologists said powerful eruptions were catapulting burning rocks as high as 1,000m above the crater and lava was flowing down its slopes. Experts say the eruption of the Fuego, 50km south-west of Guatemala City, is the biggest since 1999.