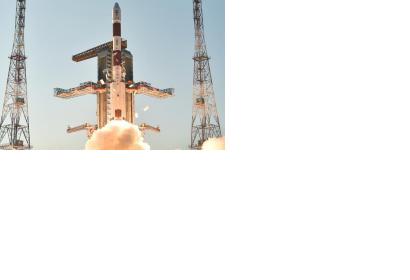 As announced in the beginning of March, the Indian Space Research Organisation (ISRO) successfully launched its fourth regional navigation satellite IRNSS-1D on 27 March from Sriharikota, Andhra Pradesh, India. The satellite, launched onboard the Polar Satellite Launch Vehicle (PSLV-C27), was already in orbit 21 minutes after take-off.

IRNSS-ID is part of the Indian Regional Navigation Satellite System (IRNSS), which is currently created by ISRO. Once completed, it will consist of 7 satellites and provide navigation, tracking and mapping services on a regional level (South Asia). The Standard Positioning Service will be open for public, more advanced services however will be encrypted and accessible only for authorized users, such as the military.