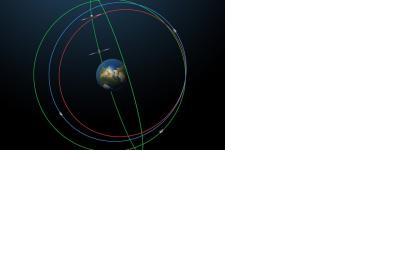 The sixth Galileo satellite, part of the European navigation system, has now entered its corrected target orbit, after a successful recovery plan. It follows the fifth Galileo which had entered the orbit at the end of November 2014.

Its corrected position is a mirror image of the fifth satellite’s, placing the pair on opposite sides of the planet. Significantly, the corrected orbit means they will overfly the same location on the ground every 20 days. This compares with a standard Galileo repeat pattern of every 10 days, helping to synchronise their ground tracks with the rest of the constellation.

The decision whether to use the two satellites for navigation and search-and-rescue purposes will be ultimately taken by the European Commission, as the system owner, based on the in-orbit test results and the system’s ability to provide navigation data from the improved orbits.

The next pair of satellites is due for launch on 27 March.