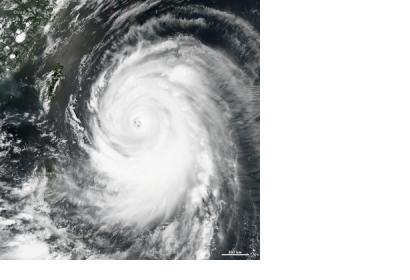 In early July 2014, Super Typhoon Neoguri has been heavily affecting Japan. Neoguri developed from tropical storm into a super typhoon over the first week of July. Astronauts onboard the International Space Station and NASA’s Earth Observing System satellites, Terra and Aqua, have tracked Neoguri since it was 238 miles west of Andersen Air Force Base on Guam.

On 7 July, Neoguri was classified as a super typhoon with maximum sustained winds around 150 mph and located 283 miles south-southwest of Kadena Air Base, Okinawa, Japan.

UNISDR's PreventionWeb prepared a status report on the situation of Typhoon Neoguri as of 8 July and explains the context of cyclones in Japan.