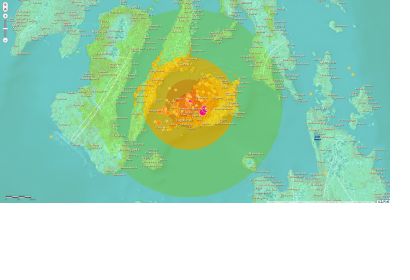 The GIS software provider Esri published an interactive earthquake map of Bohol and Cebu, Philippines, to help government organisations in their disaster response efforts, following a 7.1 magnitude earthquake that wreaked havoc in the central island of Bohol on 15 October 2013, as futuregov.asia reported. The map is based on earthquake data from the U.S. Geological Survey (USGS).