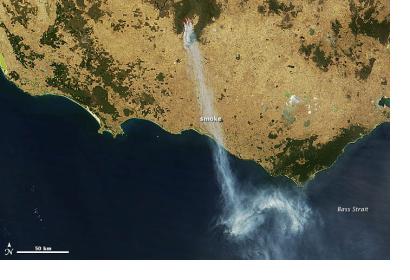 About 300 firefighters using dozens of vehicles and 14 aircraft were battling the fires, which were burning near Grampians National Park. Lightning ignited a number of fires about a week ago; two of them merged to create the large fire shown here. Authorities estimated that it had burned about 6,000 hectares (15,000 acres) by Feb. 19.