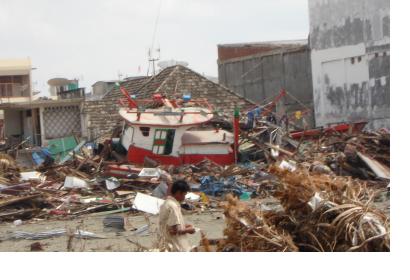 The UN system task team on the post-2015 UN development agenda has developed their second Thematic Think Piece on Disaster Risk and Resilience to support discussions on the post-2015 development agenda. The paper outlines the modus operandi of the International Strategy for Disaster Reduction partnership in working with and empowering stakeholders to build partnerships and political legitimacy for international agreements in the context of disaster risk reduction. With this approach the paper refers to the directions outlined in the Hyogo Framework for Action 2005-2015: Building the Resilience of Nations and Communities to Disasters.

It calls for localising and leveraging partnerships for risk reduction and asserts that the strength of the Hyogo Framework for Action is the ability to influence and guide diverse groups and generate partnerships amongst a wide variety of stakeholders (not just national governments) including local government representatives, science and technology institutions, parliamentarians, interest groups and community practitioners, the private sector, and media.