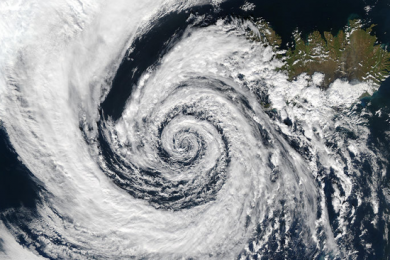 The National Aeronautics and Space Administration (NASA) captured on Friday 20 May 2016 an image of the tropical cyclone Roanu using the Suomi NPP satellite. The cyclone was moving parallel to the northeastern coast of India, triggering heavy rains, gusty winds and storm surges.

The Indian Ocean is exposed every year to various types disasters, including tropical cyclones. Images of the Tropical Cyclone Roanu were taken from the Visible Infrared Imaging Radiometer (VIIRS) instrument aboard NASA-NOAA-DOD’s Suomi NPP satellite. This information was then relayed to the Joint Typhoon Warning Center (JTWC) to alert local authorities and population.

The Tropical Cyclone Roanu reached the coast of Bangladesh on Saturday 21 May 2016, causing heavy winds and rains, inundations and various damages.

In an interview to CNN, Dalil Uddin, who is a member of the Disaster Management Ministry commented:  “We have confirmed 21 deaths in six districts so far”. While the death toll is expected to rise. Nevertheless, many lives had been saved as half a million of residents have been mobilized to safe areas thanks to the early warning of national and local authorities according to Mofazzal Hossain Chowdhury, Minister of Disaster Management and Relief.