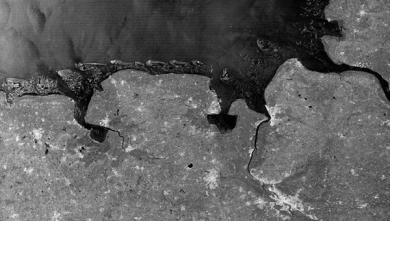 The German TerraSAR-X radar satellite, operated by the German Aerospace Center (DLR) and Astrium, has been switched into a new wide-angle view mode allowing the satellite to record image strips over 200 kilometres wide. "The satellite does so by sweeping this large area in multiple stages, very quickly pivoting the radar beam numerous times across the direction of flight," explains DLR mission manager Stefan Buckreuss. For example, the image of the German Bight shows the Frisian Islands from Borkum to Wangerooge and cities such as Wilhelmshaven and Bremen. This new ‘wide-angle’ mode is of particular interest to oceanographers, who will be able to use it to investigate the tidal range, changes to mudflats, shipping movements, wave patterns, ice floes and wind levels.

TerraSAR-X was launched to space on 15 June 2007 and has already outlived its original lifespan for one and a half years. Since its launch, the satellite has delivered over 120,000 images of a width up to 100 kilometres. For the engineers and scientists, this new imaging technique, which was never originally planned for the mission, is evidence that the satellite is not yet ready for retirement: "The technical condition of TerraSAR-X is very good, and the fuel reserves should enable it to continue operating until at least 2015."