Facebook expands its population density maps to the Asia-Pacific region 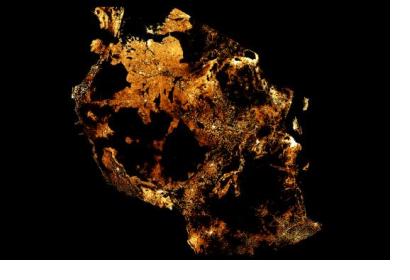 Facebook has published new population density maps covering most of the African continent and countries of the Asia-Pacific region in June 2019. Using artificial intelligence (AI), these maps help organizations to respond to natural disasters, and scientists to assess the impact of climate change and urbanization on people’s lives. As soon as almost the entire world population is covered by the project, population distribution in remote areas will be better determinable by humanitarian agencies. In that way, health workers will be able to better reach households and relief workers to better distribute aid.

For its population density maps, Facebook used a combination of machine learning techniques, high resolution satellite imagery and population data; no Facebook data was used nor did the census and satellite data used contain any personal data. The satellite maps used were created using DigitalGlobe's commercially available satellite from the same type of images made available through public map services. Another important data source for the maps is national census data for each country, shared with Columbia University's Center for International Earth Science Information Network (CIESIN).

Using high-resolution population density maps, it is possible to estimate the number of people living within 30-metre grid tiles, including the number of children under the age of five, as well as the number of women of reproductive age, and other useful demographic data.

Facebook works with third-party groups, such as the World Bank, that have conducted on-the-ground validations to ensure that Facebook’s results correctly reflects the ground reality. The methodology for the project has been developed together by experts in geographic and demographic data at CIESIN and by partners such as Humanitarian Open Street Map. Working with these partners enables an interdisciplinary approach and avoids numerous pitfalls associated with carrying out such global-scale work in isolation.

Besides using data from the open source mapping project Open Street Map, Facebook engineers trained a computer vision system that can recognize buildings in satellite images. This enabled them to remove most of the satellite data showing unoccupied land. Facebook’s new machine learning systems are faster and more accurate than those announced in 2016. The data set is available for everyone to download free of charge.