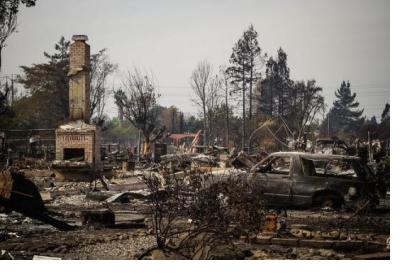 An advanced weather satellite to track storm systems, lightning, wildfires, coastal fog and other hazards was launched by NASA from the United States of America on 1 March.

The new Geostationary Operational Environmental Satellite-S (GOES-S) represents the second in a series of next generation of weather satellites which will be operated by the National Oceanic and Atmospheric Administration (NOAA). The satellites collect three times more data at four times better resolution, and scan the Earth five times faster than previous geostationary satellites. GOES-S will thus provide forecasters with faster, more accurate and more detailed data, in near real-time on severe weather and other environmental phenomena. Once GOES-S is positioned in a geostationary orbit, approximately two weeks from the launch date, it will be renamed GOES-17.

NASA says that the satellite is designed to significantly improve the detection and observation of environmental phenomena in order to save lives. For instance, the enhanced tracking of hurricanes and thunderstorm/tornado warning lead time will allow for improved early warning of such events with the aim of protecting lives and property. GOES-17 will also help forecasters to locate and track wildfires – invaluable information that emergency response teams need to fight fires and evacuate people out of harm’s way. The United Nations Office for Disaster Risk Reduction (UNISDR) has warned that wildfires could become more frequent and more destructive as global temperatures rise and drought conditions plague many regions of the world.

GOES-17 also will be an important tool for forecasters to track and predict the formation and dissipation of fog, which can disrupt airport operations. It also hosts a suite of instruments that will better detect approaching space weather hazards which can disrupt power utilities, communication and navigation systems; and can cause radiation damage to orbiting satellites.

The GOES – R Series programme is a joint project by NASA and NOAA. GOES-17 is the second in this series of satellites. GOES-17 will extend observational high-resolution satellite coverage of GOES-16 to most of the Western Hemisphere, from the west coast of Africa to New Zealand, and from near the Arctic Circle to near the Antarctic Circle. Additional satellites are planned to be launched as part of the GOES – R Series programme in the coming years.

GOES’ geostationary status (in which the satellite is always in the same position with respect to the rotating Earth) allows it to hover over one position on the Earth's surface and provide constant vigil for the atmospheric “triggers” for a range of severe weather conditions such as tornadoes, flash floods, hail storms and hurricanes.