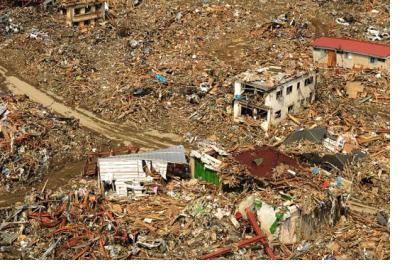 The Tohoku University and Fujitsu Laboratories jointly developed a real-time flood analysis system with the help of the Fujitsu's supercomputer, K.

Disaster risk reduction has become a priority for Japan after 2011 tsunami, which devastated the coast and left more than 15,000 killed. With the help of K, this new system will allow calculating the estimated arrival time of tsunamis and the probability and extent of infrastructural damage.

The website Nikkei Asian Review reported: "The new system automatically predicts and simulates models of tectonic shifts and sea surface deformation at the time of earthquakes, using relevant data. Then, it performs parallel computations using the supercomputer K to thoroughly estimate the tsunami's effects on areas. The K is capable of 10-quadrillion computations per second. It can figure out how far inland will be affected within 10 minutes of an earthquake."

Thanks to the real-time analysis system people could be faster warned about disasters and able to evacuate immediately saving their lives. In a test, researchers created a hazard map using data from the 2011 Japan earthquake. Had the system existed in 2011, local residents from that test area would have had 50 minutes to get to a safe spot. “People will use the disaster analysis system through their smartphones and other devices in the near future. It could be ready for widespread use within three years,” said Yusuke Oishi of the project team, according to Nikkei Asian Review.