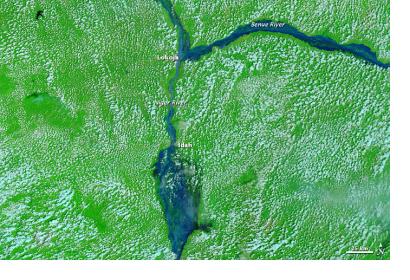 The Federal Government of Nigeria has launched a National Digital Flood Model. The development of the model was a consequence of the severe flooding in 2012, which caused tremendous economic damages.

According to the Nigerian Tribune, Minister of Environment, Mrs. Laurentia Mallam said the National Digital Flood Model was specifically developed for improved monitoring and forecast nationwide, to ensure effective environmental governance and prompt response to impending flood disaster. She said “the model permits interaction between predicted hydro-meterorological data and earth surface conditions such as land-use and soil type to derive runoff which displays in 3- dimension GIS environment”.