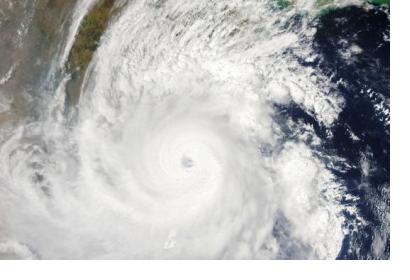 According to the latest issue of an annual disaster statistics report, floods were the deadliest type of disasters in 2019, followed by extreme temperature, while storms affected the highest number of people. Published by the Centre for Research on the Epidemiology of Disasters (CRED), “Natural disasters 2019 - Now is the time to not give up” draws on data recorded in the Emergency Events Database (EM-DAT), which saw the addition of 396 disasters that affected a total of 95 million and caused $103 billion in economic losses around the world.

As in previous years, floods continue to represent the disaster type with the highest occurrence, constituting nearly half of all disaster events recorded in the database. Floods and storms, of which the impact of cyclones Idai and Kenneth in Mozambique and of hurricane Dorian in the United States and the Bahamas stood out, affected almost 64 million people worldwide.

Ranked the second hottest year on record, heat waves also affected a high number of people in 2019, while large, severe and long-lasting wildfires, for instance from September 2019 to February 2020 in Australia, caused a total damage and economic cost of around $30 billion.

Compared to the average of the previous decade (2009-2018), 2019 saw more disaster events with fewer deaths, fewer people affected and less economic loss. According to the report, this is due to the absence of a large disaster event.

The publication only includes “natural” disasters. For a disaster to be recorded in EM-DAT, it needs to meet the following criteria: