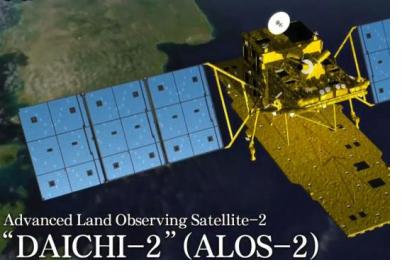 The Collection of Good Practice in Disaster Emergency Observation can be found here.

In order to highlight the good practices in disaster emergency Earth observation, the publication exhibits actual observations taken by the ALOS-2 satellite during four disasters that hit Japan: the volcanic eruptions Mount Hakone in 2015, the Kumamoto Earthquake of 2016, torrential rains in Kanto/Tohoku during 2015, and Typhoon Mindulle in 2016. In each case, the report displays ALOS-2 observations of the disasters using its SAR sensors and the observation’s contribution to all phases of the disaster management cycle.

The Japanese Aerospace Exploration Authority (JAXA) launched ALOS-2 in 2014, with the objectives of promoting data utilization in various fields with constant observation data to meet user needs such as monitoring social infrastructure, understanding agricultural conditions, and observing forests; and contributing to disaster management activities by observing disaster-stricken areas regardless of time or weather, as well as to establishing a disaster management system to effectively obtain, process and share Earth observation data. The satellite orbits on a sun-synchronous sub-recurrent orbit at an altitude of 628 km and passes over Japan twice daily.

ALOS-2 is equipped with the Panchromatic L-band Synthetic Aperture Radar (PALSAR-2). SAR instruments emit radio waves towards the observation target and measures the reflected wave returning to the satellite, and can produce Earth observation data day or night.  In general, when the observed target has a smooth surface like water surface, reflected waves are few, and when the surface is rough, the reflected waves increase. By comparing the two SAR images before and after the disaster, it is possible to estimate the affected since the area of SAR shading changes. When superimposing images before and after the disaster, in order to extract the change before and after the disaster, images from different timings are assigned three colours, red, green and blue respectively, and a colour composite display is performed. Through conducting analysis by superimposing two images from different timing, an accurate depiction of the disaster effect can be made.