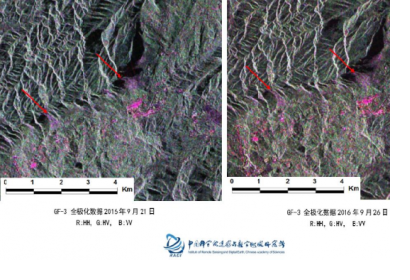 China launched three Gaofen-1 Earth observation satellites on 31 March. These high-resolution satellites will be used in a range of different fields, including disaster early warning and emergency response.

The satellites were put into orbit via a Long March 4C rocket, which lifted off from the Taiyuan Satellite Launch Centre in China. These satellites will provide high-resolution images which are accurate to two metres in distance and will work together with another, previously launched Gaofen-1 satellite.

The Gaofen series of satellites are part of the China High-Resolution Earth Observation System (CHEOS). The CHEOS-system aims plans to provide real-time, all-weather global Earth observation data for disaster prevention and emergency response. In particular, the CHEOS data will allow for the improved monitoring of a range of natural disasters and extreme weather events including landslides, typhoons and rainstorms. The satellites will also be used for mapping, ecological protection, and agricultural and infrastructure planning.

On 4 April, the first package of data from the Gaofen-1 satellites was received by ground stations, according to the Institute of Remote Sensing and Digital Earth of the Chinese Academy of Sciences. Ground stations in Miyun, Kashgar, Sanya and Kunming in China, as well as one in the Arctic, are responsible for receiving the data.

The Gaofen satellites were developed by the China Spacesat Company, a subsidiary of the China Aerospace Science and Technology Corporation. The satellites have a projected lifespan of six years.