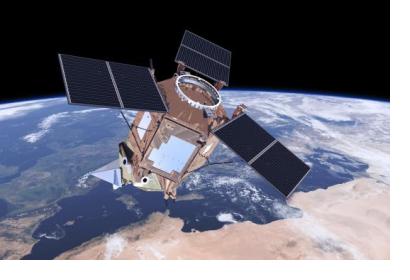 On 12 December, two years after the adoption of the landmark Paris Agreement, participants gathered in France to discuss new actions on climate change at the One Planet Summit. The main goals of the event, which was hosted by the Centre nationale d’études spatiales (CNES), the French space agency, were to identify and implement tangible solutions to combat climate change and to mobilise public and private funding to enable large-scale deployment – including in the most vulnerable countries. On the occasion of this gathering, leaders of space agencies around the world have proposed setting up a Space Climate Observatory (SCO) that will boost collaborative work by improving long-term sustainability and accessibility of climate data from space satellites and making it available to scientists around the world.

Natural disasters , such as the series of hurricanes in the Caribbean in 2017, emphasize the key role that satellites and space-based data play in climate monitoring. Their importance can be somewhat quantified for example by the number of people successfully evacuated as a result of early warning provided by satellites that detect abnormalities in ocean temperatures. Furthermore, through the activation of satellites by the International Charter on Space and Major Disasters, emergency responders can be guided more efficiently to disaster-hit areas.

In order to better understand the climate it is necessary to properly measure essential climate variables (ECVs), more than half of which can only be measured from space.This all goes to show how satellites have a unique role in observing and understanding the climate and in studying and forecasting climate perturbations.

Through the creation of a Space Climate Observatory (SCO), signatory space agencies aim to address some major challenges that the space community is facing in their work of raising global awareness about climate change issues. The primary challenge the initiative seeks to address is the availability of sustained long time-series high quality data that can be more easily understood by the wider community .

The agreement has been backed up by a number of space agencies including by those of France, UK, Germany, Japan, China, Italy, Switzerland, Austria, Sweden, Norway, Romania, Israel, Ukraine and the United Arab Emirates. Since most countries do not currently share the climate data gathered by satellites, this agreement seeks to incentivize countries to promote free and open data policies as well as satellite data products that can be used by scientists, businesses, and governments around the world.

The importance of climate change has led space agencies to meet on several other key occasions to underline their commitment to the Paris Agreement. In 2015, the Mexico Declaration on climate and natural disasters recognizes the contribution brought by satellite observations to climate change studies and disaster management support. In 2016, space agencies showed their support for the Paris Agreement through the New Delhi Declaration, which emphasizes their commitment to coordinate space assets to measure greenhouse gases, and through the Marrakesh Declaration discussed at COP22, which focuses on water resource management.

The Paris Declaration notes that the SCO could constitute a strategic contribution to the Space2030 Agenda, which will mark the culmination of the the UNISPACE+50 processes and could also provide better opportunities to address the 17 Sustainable Development Goals (SDGs). By fostering worldwide cooperation towards “low-emission and resilient societies”, the SCO is also echoing objectives set out under thematic priority 6 of the UNISPACE+50 process, which were recently discussed at the UN/Germany International Conference on International Cooperation Towards Low-Emission and Resilient Societies and subsequently captured in the Bonn Declaration.