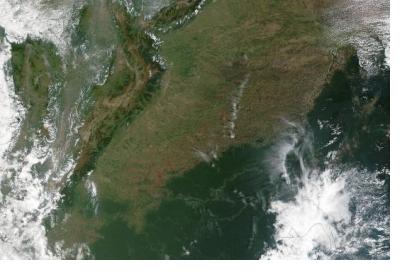 Heavy rain caused rivers to burst their banks sending an avalanche of floodwater, mud and debris in the city of Mocoa in southern Colombia. The country’s president, Juan Manuel Santos, declared a state of emergency in the region. According to the aid officials, at least 206 people have been killed and other 202 injured. People were left with almost no drinking water and there is no electricity in the area. The International Charter was activated on 1 April 2017 by the National Unit for Disaster Risk Management (UNGRD). Although landslides and heavy rains are common in the area, March has been the country’s rainiest month since 2011, according to the state meteorological agency. There have been landslides and flooding in neighboring Peru as well, due to the unusual heavy rainfall this March.

For now, there is a map by UNITAR/UNOSAT showing the estimated number of affected households in Mocoa city available. You can find it here: http://unosat-maps.web.cern.ch/unosat-maps/CO/LS20170403COL/UNOSAT_A3_Mocoa_Colombia_6April2017.pdf

A list of local offices of the Disaster risk management agency (UNGRD) can be found here: http://portal.gestiondelriesgo.gov.co/Paginas/Directorio-Coordinadores-Gestion-de-Riesgo.aspx

According to United Nations Office of Coordination of Humanitarian Affairs (OCHA)’s report published on 6 April 2017 there were: