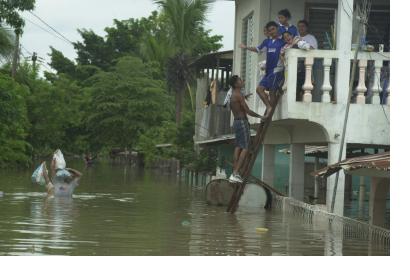 A study released by the United Nations Department of Economic and Social Affairs on 7 April 2012 states that almost 60% of the 450 urban areas worldwide with a population of at least one million people are exposed to the risk of a natural disaster. The report 2011 Revision of the World Urbanization Prospects stresses that about 890 million people live in these high risk areas or cities that lie in at least one major natural disaster zone exposing the population to the risk of floods, droughts, cyclones or earthquakes. These areas are mainly located in Latin America, North America or Asia due to their proximity to coastal areas or earthquake faults. Major cities in Europe and Africa are the least exposed overall. Only 26 per cent and 37 per cent of their cities with one million inhabitants or more are living in regions exposed to at least one major risk of natural disaster.