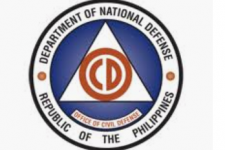 The National Civil Defense Administration (NCDA) was established on August 18, 1954 through Republic Act 1190 otherwise known as the Civil Defense Act of 1954. It was later on abolished and its functions and personnel were transferred to a newly created agency, the Office of Civil Defense (OCD) through Presidential Decree No. 1, as implemented by Letter of Instruction No. 19, series of 1972.

On September 27, 2010, Republic Act 10121, otherwise known as the Philippine Disaster Risk Reduction and Management Act of 2010, was passed into law. This Act, aimed to strengthen the country's disaster risk reduction and management system, was immediately passed in response to the massive effects of Typhoon “Ondoy” that wrought havoc to the National Capital Region last September 26, 2009.

The present OCD is shifting its concerns from disaster response paradigm to a more proactive disaster risk reduction and management.