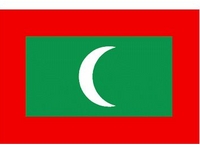 Realizing and understanding the role of meteorological services for socio-economic planning and the development of the country, the Department of Meteorology was established on 1 July 1980 as an independent office reporting to the President’s Office. The Department of Meteorology remained functioning under the Head of State’s Office until November 1993. After that, through the government’s restructuring Act, the Ministry of Planning, Human Resources and Environment was created and the Meteorological Department was brought under that Ministry. In addition, physical oceanography and seismology were included as areas of responsibility of the Department. Again, in November 1998, the Department became an office reporting to the newly formed Ministry of Home Affairs, Housing and Environment.