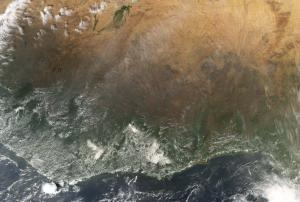 The maps was presented in the context of a…

From 13 to 17 July 2009, UN-SPIDER conducted a technical advisory mission to Togo upon the official request of the Togolese Government to assess the existing use of space-based technology and information for disaster management and emergency response in the country. Following Burkina Faso, Ghana and Namibia this was the fourth UN-SPIDER advisory mission to Africa.

The mission was successful in connecting various organizations involved in disaster management within the country and also within the region and to generate awareness amongst these organizations to undertake collective efforts towards the incorporation of space-based information to support disaster management activities. It also pointed out the need to update national disaster management plans with emphasis on space-based technology and information and boosted efforts to establish a National Spatial Data Infrastructure (NSDI) in Togo. The mission team succeeded in strengthening the links of Togo with a number of…

Following Burkina Faso, Ghana and Namibia this will be the fourth advisory mission to Africa. Next to two UN-SPIDER staff members, a number of different international institutions will delegate external experts to this mission,… 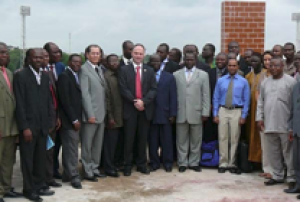 The Republic of Togo is prone to frequent floods and droughts. Locust plagues contribute to endangering the food security of the local population. In addition, vector borne diseases and epidemics of weather- and climate-sensitive infectious diseases cause massive disruption to societies. At the invitation of the Government of Togo, a UN-SPIDER Technical Advisory Mission was requested to identify potential areas where space-based technology and information could play a greater role, and propose recommendations how to improve Togo's access to these resources.